On Vulnerability. And what a single highschool event taught me about it.

I woke up last night from an immense dream. I was trying to rescue someone that I used to deeply care about by covering up for them. S. was apparently a cocaine addict and I tried to hide needles and drugs from his mum, until I couldn’t bear it any longer. I suffered because he suffered. He never realised how much I cared…

And then I woke up. Looked at the time. 2.45am. A total fiction. That dream never happened in reality. However, it made me think of S. who was the main character in my dream’s “action movie”. I tossed in bed and recalled one significant event.

We were highschool classmates. He had green eyes, long dark curly hair (I’ve always had a soft spot for hair) and a shy smile. He was also a really nice guy. Half of my female classmates had a crush on him. So did I. But I would never, ever, reveal it. As a 17-year-old, I used to hide under a baggy jumper and loose corduroys, paired up with Dr Martens on my feet and glasses on my face. I was invisible. And I did everything to stay that way. I also felt not lovable. There was no way on the planet that guy would ever look at me as a girl, let alone a potential girlfriend. But I was a good student, a diligent one. I was particularly good at subjects such as Polish, English and German. I grew up in Poland so Polish was an obligatory subject to learn.

One day S. sat down next to me during Polish lesson. I kind of assumed that he knew I’d be able to help him with the subject if there was work to be done. I assumed that was the reason he sat beside me. Our teacher of Polish – Mrs L., walked in. She couldn’t have been more than 155cm (5’1”) tall but she was fierce and very, very strict. A lot of students feared her because of how strict she was and her short temper. If she caught you unprepared, boy you were in trouble. She also had a great broad knowledge about the World, which I truly respected her for. I actually really liked her.

That day Mrs L. decided to ask S. questions to check his knowledge on a piece of literature we were working on. I can’t recall what book we were talking about. I suppose it doesn’t matter. She asked him a question and S. went quiet. She repeated it and he still kept quiet, his eyes down looking at the table both me and him were sitting at. Tension in the classroom was intense and rising with every second. No one dared to speak. It lasted good a couple of minutes. And then S. started crying. Tears welled up in his eyes and went down his cheeks. It was a cry of someone who couldn’t express himself, a quiet one, one that he hopelessly tried to hide. My hands got sweaty. I could have easily written with my own sweat on the table. Mrs L. asked him what was the matter. I can’t remember the exact words, but S. explained that he had studied hard to be prepared for that lesson, but when it came to answering a question from her, he had a mental block. He couldn’t say a word. He now was sobbing, and inside me I was sobbing, too. I felt his pain. He explained to the teacher that he’d always struggled with his shyness and not being able to express himself. I wanted to put my hand on top of his and hold it, but I didn’t. I wanted to give him a hug and say what I really felt but I couldn’t bring myself to do it. I was paralysed with fear of judgement and rejection from my classmates. I was bullied at school as it was and showing even a small gesture would have revealed how much love I had for S. I didn’t want anyone to take the mick out of him, it was enough that I was bullied. My heart was crying with him and for him, but I sat there, with my head down and sweaty hands on the table.

S. though, spoke out about his shyness and how he’d always struggled with it. He opened up about how it had affected his life. There was a silence in the classroom. No one dared to say anything. Eventually the teacher got up from her seat, came up to him and gave him an awkward hug. She was really reassuring. She showed her human side. S.’s vulnerability opened her heart as a human, and I bet it shifted something inside many of my classmates. I remember I wrote a note on the side of my notebook and let him read it. If I recall it said “don’t worry, be happy”. I think I also passed him a tissue. That’s all I could bring myself to do.

For quite a few years I regretted not doing what I should have done in that situation – squeezing his hand and telling him that everything was going to be ok. Revealing my emotions and my vulnerability.

Someone eventually figured out anyway that I must have had a crush on S. because I started getting text messages (sent from internet), about how much he loved me and that he couldn’t sleep at night or eat because he was thinking of me. Very, very cruel considering that I was an introvert teenage girl, feeling not lovable, powerless, invisible, not belonging and not capable to come out with my feelings and emotions.

So last night I had that ridiculous dream about S. Half of my lifetime has passed since that event. Both of us have established our own lives, quite happy ones as far as I can tell. Dreams speak to us in symbols. What became obvious last night is that I wasn’t only protecting myself (from bullying), in my mind I was also protecting S. from potentially being hurt by others. I paid a high price for it. I suffered in silence.

One of my visions is to teach children mindfulness and to reduce the stigma of bullying. The offenders often hide their own insecurities and issues by bullying others. Showing children (including teenagers) how to deal with their emotions would truly help not only the ones that are bullied but also the bullies. And vulnerability can be key to showing the real you, being open to receive everything that comes your way, including love.

Funny that I still have a fear of judgement and rejection to post this piece of writing. What if one of my former classmates reads it? What if HE reads it? I am letting go of the need to know. Vulnerability is being open to receive, whatever comes your way. And a key to start the healing process. 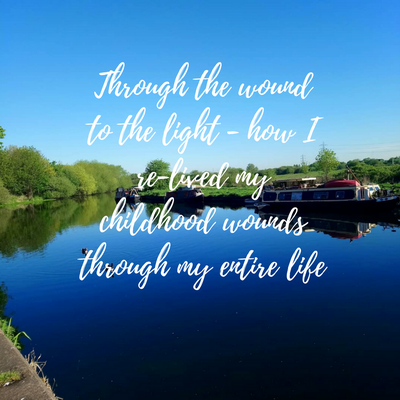 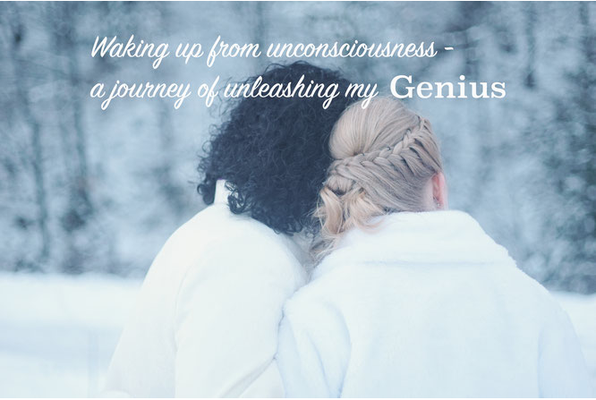 Hello stranger! My name is Bogna, but you can call me Boogie. I come from Poland, but currently I live in London, UK. My current vision is to: