Waking up from unconsciousness - a journey of unleashing my Genius

"Unless you make the unconscious conscious, it will direct your life and you will call it fate" - C.G. Jung

Almost exactly a year ago I got ill. It started from cold / flu (blocked nose, headache etc.). Within a matter of days I went from that through to food poisoning symptoms. The sheer pain in my stomach kept me up all night. Within 12 hours, it went away and I got an earache. In that state I continued going to work. Eventually I also lost my voice - all within a couple of weeks.

At the same time I was going through a lot of things, emotionally. A month before my brother had got diagnosed with meningitis. I got the text message from my sister in law on the New Years Day just as I landed in London after Taize meeting in Riga. A couple of weeks later my 1 year old niece - my brother's daughter - ended up in hospital with pneumonia. They were all in Poland, I was in the UK. Simultaneously my ex-partner of 5 years decided to email after a few months of incommunicado. I just started getting back on track with my broken heart, lost 2 stones (15kg)  through fitness routine and was doing generally really well. I was slowly rebuilding my life from scratch and suddenly it all was falling into pieces. Again.

I felt helpless, angry, upset, lonely, not understood. The world seemed to gather forces against me.

It happened that at around the same time I signed myself up for a workshop with a mystery title "Meet your Genius". Strangely enough, I also won a social media contest during the workshop preview and the prize was a dinner with the speaker of the training. I went, already having flu symptoms. I had a really nice time and enjoyed conversation with Ryan and 5 other winners who came along. We all talked about our professional and personal lives. At some point of the evening someone asked me if I had a boyfriend. I briefly explained that I was single and what had happened 7 months before. When Ryan heard how I reacted to my ex's email (which, to be completely honest, was passive aggression), he did something that made my stomach turn upside down. He grabbed my hand and said to me: "It's a big thing for a guy to be loved. You should have done exactly the opposite of what you did. You should have looked him in the eye and said 'See the love I have for you?'". I was speechless. As soon as I left the restaurant, I got stomach ache which increased with every hour. By the time I got home from the underground journey, I wanted to vomit but I couldn't. I was in agony with pain. I could not sleep all night. And I blamed the seafood I had for dinner. "I must call the restaurant and tell them their food wasn't fresh" - I was thinking.

A week later I went to the workshop already being voiceless. The workshop was nothing like I had experienced before. To be honest, I had no idea what I had signed myself up for. Within 3 days, I learned a few things. I learned that I had a part of me called Genius - my natural skills and talents, my creative mind and intuition. I also learned that I had a part of me that was my ego - or personality if you prefer. My biggest revelation was that my ego challenged my ex when he tried to contact me. I have trust issues that come from my childhood and my father and therefore I am very insecure. So from that space I reacted to my partner's shy contact trial (he was not feeling worthy of my love anymore) with anger. And he backed away - because I pushed him away. So my anger and frustration build up and combined with the news from home about my brother and niece - I resolved it internally. I physically made myself ill...

Have you ever been so stressed that you couldn't bear it? Have you ever noticed that you got a cold, headache or other illness when you were going through a lot of stress and tension in your life? This is exactly what happened to me. And when I realised it at the workshop, I sobbed like a baby.

During the Meet Your Genius workshop I met some incredible souls. I also had the first vision of my life in the future. I saw a ginger boy and eyes of my ex-partner... I admit I was an emotional mess. That weekend it became obvious to me that I wanted to continue the journey of learning about my ego and my genius. Not having a slightest idea of how I was going to pay for it, I signed myself for the more advanced level of workshop.

Immediately after the workshop I called Abdi. I was shaking. I told him I had to speak to him in person. All well and good over the email but we had to have some kind of closure. I didn't know what I was going to do or say. All I knew was that I had to resolve it - one way or the other. Either he would let me go completely and let me get on with my life, or...

We set up a meeting a couple of days after that. At the time of calling, neither of us realised it was going to be exactly on the Valentines Day. Before we met up, I meditated using the technique I learned during the workshop. I imagined I was innocent like a child, without any assumptions or ego. During the meeting I said to Abdullah two things. And I saw that I broke through the wall. Both of us had tears in our eyes.

We had 3 or 4 more dates afterwards, the last one being on my birthday. I still wasn't sure where it was going. Abdi took me on a trip, via a "scenic" route to Brighton. There and then, on a cold, windy and dark beach, he proposed me...

Something that I could not achieve for nearly 5 years of our relationship, happened within couple of weeks since attending the workshop. I was over the moon but I was aware and afraid of judgement from other people. I focused on one thing that was true to me - that we wanted to be together. And when you focus on your vision, all the obstacles seem to vanish and the magic happens.

I got my dream ring only 3 months later and we set the wedding date at the end of the year. I didn't want to wait for when we had money or a better time. We didn't have to get to know each other - we had been together for long enough. 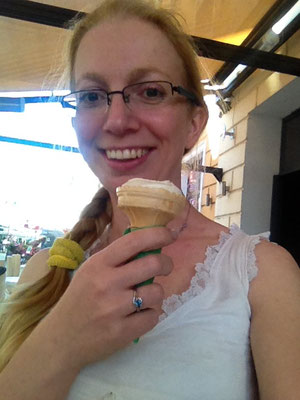 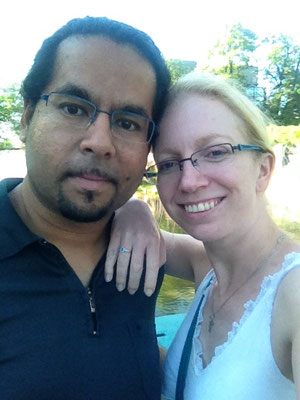 Other magic started happening. I was achieving more goals that ever before. Money appeared out of the blue that allowed me to pay for the further level of training I signed up for. My landlady was very understanding about me moving out only a few months after I'd moved in and in fact we became good friends. I've a better relationship with my family and I could "read" behaviour of children in the school where I was working. Abdi did the Meet Your Genius training course, too and he joined me along on the journey. It was obvious to me that we had to do it together.

In October 2017, after nearly 9 months since I participated in the first workshop with Ryan Pinnick, I took part in the next level. How do I put it: the first workshop opened my eyes, the second one opened my mind. I became aware of very deep childhood wounds that I had. I realised what I made up in my mind from relationship and events that occurred with my Mum and my Dad in the very early days (to be exact, at the age of 0-4). My survival mechanism. I was only meant to survive through my childhood but in effect have lived through it and with it my whole life. And not only me. We all do that.

I also created a vision of my life through the vibration of my Genius - my Land of Plenty. The vision was so huge it completely overwhelmed me. I immediately felt not good enough and not worthy to pursue it and cried my eyes out. Then I started spacing out. Yes, my survival mechanism immediately kicked in. My control issue and overachiever made themselves known. Great. Now I'm aware. In the end of the day, that's what makes me human.

Through further and deeper training, I realised more and more profound things about myself, how I function in this world. It's like connecting the dots. As an example, I realised I have denied my femininity and as a newborn made up in my head that as a woman I was powerless. I even created issues with my thyroid to deny my motherhood and femininity. It's fascinating. Yes, I created it. I have nothing and no one else to blame. And now that I am aware, I can work on it.

It's been a fascinating year. Me and Abdullah got married at the end of December 2017. It was probably the happiest, most joyful and emotional day of my life. I'd have to write another post to describe it and that wouldn't be enough. People came to attend from Canada, United Kingdom, Poland and Romania. Christians, Muslims, Jews and believers of ... [fill the dots] all gathered together and celebrated with us. It was absolutely amazing, like magic happening. 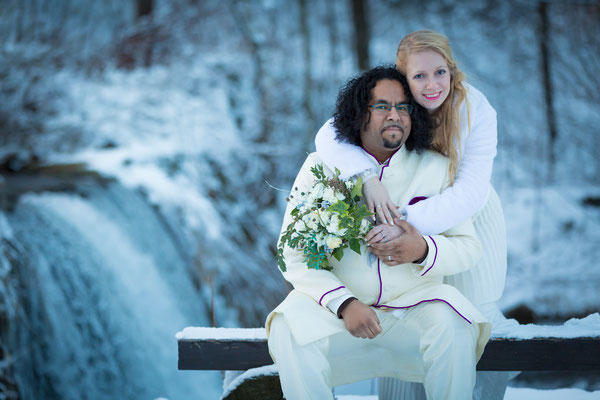 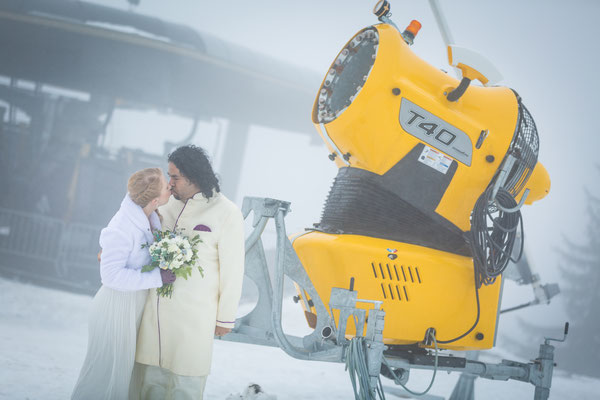 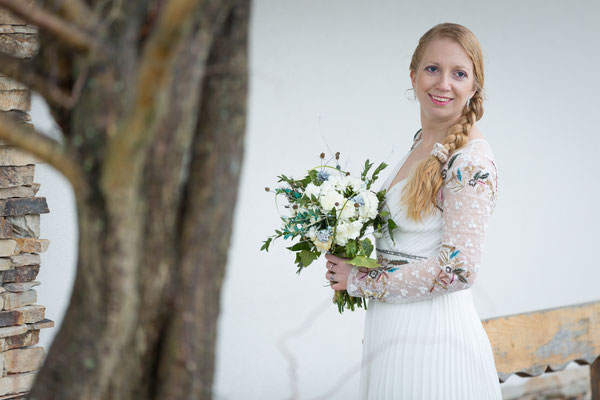 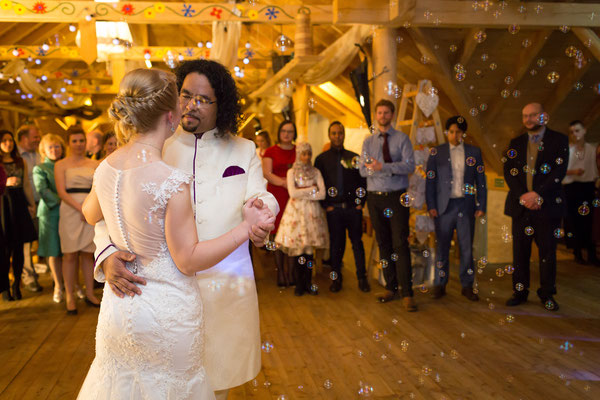 Of course my life is not a bed of roses. My ego tends to kick in and mess with my head. Thoughts and feelings rush in. I often beat myself up, feel guilty, angry or insignificant. However, now I know how I can neutralise my ego and focus on what's important. I tend to go for more things that I want, because I want them - and let the Universe work out the how bit. I let go of the need to know more often which leads me to some crazy choices that my rational mind would just simply not allow. I've still a long way to go to pursue my vision but I will get there. It's all about focusing and being vulnerable.

I wrote this article because I thought some of you may want to know what I have been up to. I also wrote it because it's been on my mind to do it for the past couple of months. Needless to say, unleashing my Genius (and discovering my Ego's sabotage) has changed my life. I poured my heart and soul into this piece of writing. Hope you enjoyed it.

Would you like to unleash your Genius and gather self awareness on a level you never have before? Just follow this link and come to the free preview workshop in London, UK.

Hello stranger! My name is Bogna, but you can call me Boogie. I come from Poland, but have lived in a few different countries, including UK and USA. In the past I have been a summer camp counsellor, special needs teacher, cruise ship photographer and  IT Support. I am the author of BoogiePlanet.com This website is all about the experiences I encounter in different cultures and the World I see through my lens. You can help me fulfill my dream to be a travel photographer and perhaps to inspire you to travel by liking my page on Facebook, or following me on Twitter and Instagram.

If you enjoyed this story, you may also like: 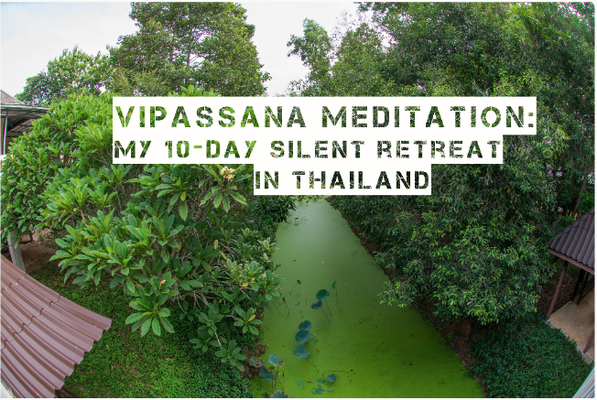